The IET (esi) RS925D is a four-terminal continuously variable decade resistor for the most exacting calibration and test applications. It is the world's highest accuracy continuously variable resistance decade for the most exacting calibration and test applications. Hermetically sealed wirewound resistors are used for 1 Ω steps and over. These resistors are carefully conditioned under power and temperature in order to develop the best stability characteristics. Actual experience has shown them to exhibit a storage stability of better than 5 ppm/year, improving as they age. The low-resistance resistors are constructed with resistance wire with a minimum of copper resistance in series to limit temperature coefficient effects.

The RS925D resistance decade box is a precision resistance source with excellent characteristics of accuracy, stability, temperature coefficient, and power coefficient. All these features serve to make it a laboratory resistance standard, exceeded in performance only by stand-alone standard resistors. The resistance substituter has a fixed minimum resistance of 10 mΩ. This is implemented by mechanically limiting the 10 mΩ decade from going below the “1” position. In this manner, no zero resistance subtractions have to be made, and the accuracy given is for the absolute reading. The RS925D Resistance Decade is designed to allow very convenient maintenance of calibration over time. Most decades can be calibrated without changing components or soldering resistors. The decades for the 100 Ω through 100 kΩ steps are calibrated with convenient trimmers. Trimming of the lower decades is also possible. 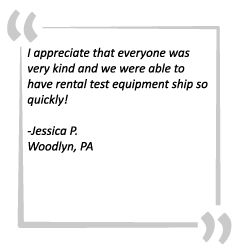