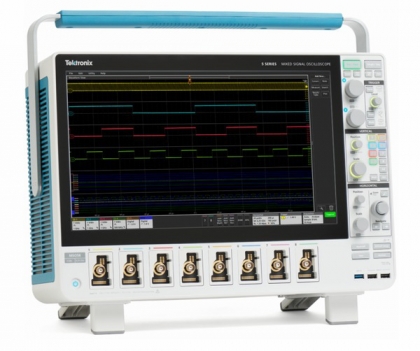 Drones and unmanned aerial vehicles (UAVs) are being used in a growing number of commercial, civil, industrial, and military applications. They are currently used for many security and surveillance tasks as well as for monitoring inventory in warehouses. They are expected to play major roles in almost by-the-hour delivery schemes being developed by major retailers. As noted in the previous blog, they depend on onboard sensors for gathering data, tracking, navigation, and positioning and wireless radio links (and regular testing of those links) for reliable command and control from a nearby ground station, even when the ground station turns out to be simply a smartphone. The radio signals between a drone and a controller, whether a vehicle is autonomous or guided by a remote pilot, can be checked with RF/microwave test equipment. Once those signals have reached the UAV, they are digitized and “live” within the digital realm, with the guidance of multiple-core microprocessors and/or microcontrollers. It is in that realm in which they must be monitored and maintained. Achieving top performance from the digital components within a UAV is a matter of making the right measurements with the right test equipment.

Digitized video occupies a great deal of a drone’s built-in memory.  Digital video is part of the functionality of many UAVs since they are equipped with various types of cameras as their “eyes.” The embedded computing within the drone includes one or more microprocessors or microcontrollers (which combine a multiple-core microprocessor, memory, power components, and video signal processing within one module). The embedded computing is essential for drone operation and is designed to handle large amounts of digital video data at a fast clock speed, depending upon the application.

A drone’s video or infrared (IR) cameras generate video signals as analog voltages that are then transformed to digital bits by means of an analog-to-digital converter (ADC). Higher-speed (in terms of clock rate) data converters can handle more bits at one time and higher-resolution (in terms of numbers of bits and b/s) ADCs can process more video information from a UAVs cameras at one time and provide higher levels of accuracy when the data is projected on a display screen at a UAV controller’s ground station, whether controller and graphical processing unit (GPU) is on a smartphone or a personal computer (PC). Several measurement tools are useful for R&D and production-line testing of the digital circuitry within autonomous and unmanned drone, such as a high-speed oscilloscope for signal analysis and an arbitrary waveform generator (AWG) for digital signal generation. Digital logic signals managed by a UAV’s embedded computing hardware and software are typically in the form of transistor-transistor-logic (TTL) and complementary-metal-oxide-semiconductor (CMOS) logic signals.

Whether for analog or digital signal testing, high-speed oscilloscopes are characterized by a number of parameters as required by a measurement application, including number of input channels, bandwidth, sampling rate, the vertical resolution of the scope’s analog-to-digital converters (ADCs), the waveform capture rate, the record length for each channel, the types of triggers that can be used, even the size and type of display screen, such as LCD or OLED screens. The speed and characteristics of the digital signals to be measured within the UAV will establish minimum performance requirements for the oscilloscope, such as two channels, 100-MHz bandwidth, 10 GSamples/s sampling rate, and 12-b ADC resolution.

For drone or UAV testing, oscilloscopes are versatile instruments since they are available as portable and benchtop units with high levels of performance. Measurement display controls such as V/div or time/div settings can be adjusted to optimize the visualization of different types of digital waveforms on oscilloscope display screens of different sizes, and oscilloscopes can be set up for different types of triggering arrangements, such as edge, pulse-width, and rise/fall triggering, to show different aspects of a digital signal.

As an example, the Tektronix MSO58 series of mixed-signal oscilloscopes (MSOs) offer the versatility to serve as a one-instrument solution for a wide range of drone digital circuit and module testing.

The portable oscilloscopes achieve real-time sampling rates to 6.25 GSamples/s, which can be interpolated as high as 500 GSamples/s for some measurements. Bandwidths of 350 MHz, 500 MHz, 1 GHz, and 2 GHz are available, and lower bandwidths can be upgraded. The light-weight oscilloscopes can be equipped with 4, 6, or 8 of the company’s FlexChannel® input channels. Each channel handles one analog signal input or eight digital logic input signals when using the company’s model TLP058 logic probe. Test results are shown on a 15.6-in. thin-film-transistor (TFT), high-definition (HD) color touchscreen display with 1920 × 1080-pixel resolution.

Versatility comes in the form of a built-in four-digit AC/DC voltmeter, a frequency counter, and a built-in AWG/function generator. The function generator can generate test signals as needed, including sine, pulse, square, pulse, and triangle waveforms and turns each MSO into a portable UAV digital test system with a handle. The MSO can also be equipped with many optional serial communication buses for remote control and data transfer, including ARINC429, CAN, Ethernet, USB 2.0, and even MIL-STD-1553 for aerospace and defense test applications.

AWGs and other function generators have a similar set of performance specifications as digital storage oscilloscopes (DSOs), such as maximum sampling rate, bandwidth, vertical resolution, and maximum frequency. When teamed with an accurate source of waveforms or logic signals, such as an AWG, a high-speed oscilloscope can also measure sources of signal latency within a UAV’s digital circuitry, often from propagation delays between digital devices and in the signal paths. While such latency may not be a concern for many applications, the response time in some cases, such as navigation in response to a radar return signal, can be critical to the UAV and its operating environment. For example, an AWG-produced reference test signal with known rise and fall times can be used as the input signal to a digital signal chain and the signal characters at the output of the digital chain compared to the signal characteristics of the reference signal on the oscilloscope. Some latency will exist in every digital signal chain but this approach will help keep it within specified limits for proper UAV operation.

As an example of a high-performance AWG capable of producing the range of waveforms needed for UAV digital testing, the Keysight/Agilent M8190A Arbitrary Waveform Generator is a benchtop unit that can synchronize as many as 6 two-channel AXIe modules under PC control to generate 12 digital test signal channels backed by 2 GSamples of memory per channel and advanced sequencing functions. The AWG operates with two resolution settings, 14 and 12 b, with sampling rates to 8 GSamples/s at 14-b resolution and 12 GSamples/s at 12 b. The instrument features a proprietary application-specific integrated circuit (ASIC) that provides real-time changing of waveform parameters to meet the most demanding digital test signal requirements. It supports analog (modulation) bandwidths of 50 MHz to 5 GHz with wide dynamic range, low harmonics, and low spurious distortion.

Many higher-speed DSOs and AWGs are available for testing digital circuits and devices in UAVs and well as in their ground control stations (GCS) as well as more specialized testers such as Tektronix’s CSA7404B Communications Signal Analyzer and Tektronix AWG70002A Arbitrary Waveform Generator along with Keysight/Agilent’s MSOX6004A Mixed Signal Oscilloscope and Keysight / Agilent 81160A Pulse Function Arbitrary Noise Generator.

To learn more about any of these instruments, or to rent or purchase these or other test instruments, please visit Axiom’s website at www.axiomtest.com to view our inventory. If you would like help selecting the right equipment for your project, contact Axiom Test Equipment’s sales department at sales@axiomtest.com, or by calling an Axiom sales representative at 760-806-6600.

Because drones and UAVs represent such a large, emerging worldwide market for consumer, commercial, industrial, and military applications, this three-part series on testing electronic circuits for UAVs will conclude next month with a focus on DC voltage and power: how to measure it and how to keep it efficient. For many UAV applications, running as long as possible on a battery charge, power efficiency is everything.