With the Astro-Med TMX-18 Recorder, there's no need to fumble with awkward buttons or knobs and complicated configurations! The TMX-18 features a high resolution, 17" touch screen display, as well as pre-defined set up options, making test setup a breeze! With the TMX-18, you will be up and running in no time!

Do multiple users in your group require different setups? No problem. With the TMX-18, you can easily create and switch among multiple setup configurations.

Whether your test runs for 100 milliseconds or 100 hours, the TMX-18 won't miss a glitch. With its dedicated, 1 TByte hard drive for data capture, the TMX-18 is ideal for long-term trending and high-speed event detection. Each channel uses a separate 16 bit A/D for perfect data synchronization. Astro-Med's powerful BackChannel technology ensures precise synchronization of analog, audio, video and data bus inputs. We do not rely on Windows® to synchronize your data.

TMX-18 contains advanced triggering capabilities that allow you to start and/ or stop a recording based on changes in the input signals. The circular data buffer of the TMX-18 allows you to set and record large amounts of pre-trigger data. Window, level and slew triggering allows you to set up trigger conditions precisely for your application, while logical AND and OR triggering ensure that you trigger only on events that are important to you.

Unlike Windows-based systems, the TMX-18 features a 1 TByte hard drive dedicated solely for capturing data. Removable drives allows data to be easily transferred and stored securely, leaving no proprietary data on the machine.

Why waste time and money on a video recording system for a video record of your important test? The TMX-18 can record 30 frames per second video perfectly synchronized with your analog data. Each frame is linked to a sample point giving you amazing detail of any test.

The TMX-18 CAN bus and MIL-1553 input options allow your critical bus data to be displayed and recorded with great precision along with your analog signals.

Advanced DSP filtering allows you to see your real-time analog data as an RMS measurement, which is ideal for power monitoring applications. The integration and differentiation filter functions provide useful tools for acceleration and deceleration measurement applications.

The TMX-18 has a large 17" color display which allows you to view your data in real-time and post capture. Operation of the TMX-18 is quick and easy with the intuitive touch-screen display. Interface icons and menus provide for straightforward setup and operation. There are no switches, push-buttons or other controls — complete operation is from the touch-screen. And, you can easily customize it to fit your exact needs. This means less setup time and more time for gathering data.

The advanced channel meters provide a variety of ways to visually indicate channel activity. View your data numerically or in other visual representations such as a gauge or horizontal/vertical bar, needle and LED readouts.

Scope mode acts like a digital storage oscilloscope, providing high time-base resolution for viewing high-frequency signals. Scope mode is useful for timing and synchronization analysis, transient capture, and high-speed testing. It can be used while continuously capturing data and monitoring signals on the display.

Alarms provide a visual indicator when signals extend below or above specified boundaries. These boundaries are defined by setting up low and high alarm levels. The utility / DIO port provides an alarm output pin that can be used to trigger an external process when alarm conditions for selected signals occur.

Test stimulation and automation is possible with the analog outputs, digital outputs, relays and counters found on the DIOC-16 when coupled with a background program running on the TMX. Quick creation of temporary or unique test cells and even report files is possible with programs as simple as script files and as large as third party graphical programming packages.

Compressed Capture is for long-term recording of data using a min/max method which keeps the file size small. It fully records the input signal amplitude at the full bandwidth of the system (glitch capture). Compressed Capture has real-time digitizing sample rates up to 800 kHz (input module dependent) and selectable capture rates for a wide variety of applications. It can be combined with Scope captures for capturing transient signals. Glitches are clearly seen when reviewing the data.

The innovative QuickLook feature calculates compression and expansion factors while recording data allowing you to review GBytes of data in seconds and scan through large data files quickly and easily.

The TMX-18's unique LookBack feature allows you to review data during a capture and also allows the user to transfer previously recorded data without interruption to the active trend capture – truly a time saving benefit.

The TMX-18 offers a number of ways to archive and export captured data. Data can be exported in our packed binary format – minimizing file size – or a generic ASCII format, which is compatible with most analysis packages. The TMX-18 provides eight USB 2.0 ports that open up a world of possibilities. TMX-18 also has an integral 1000BaseT Ethernet port. Simply connect the TMX-18 to a network and upload only the data of interest. The Ethernet connection also provides the capability to control a TMX from a remote location using a suite of host commands.

Each TMX-18 includes free AstroVIEW X PC based data review and analysis program. AstroVIEW X runs on any Windows PC and lets you upload and review data captured on the recorder. AstroVIEW X has built-in analysis and converts data into ASCII, Excel®, Mathcad®, DADiSP® and other formats.

The TMX-18 is the fastest, most reliable data acquisition system on the market. With the capacity to support LabVIEW graphical programming software via the latest version of its device drivers, the TMX-18 will allow engineers, scientists, and other test developers to increase their productivity by communicating host control commands via LabVIEW for test cells and automated development platforms. 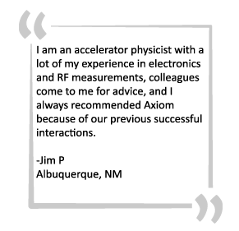