The Tektronix 370B Curve Tracer is the world standard for high resolution curve tracers. the Tek 370B provides up to 20 A / 2000 V sourcing capability combined with 1 pA and 50 µV measurement resolution. The Tektronix 370B performs DC parametric characterization of integrated circuits, transistors, thyristors, diodes, SCRs, MOSFETs, electro-optic components, solar cells, solid-state relays and other semiconductor devices. It has pushbutton source and measurement configuration so it's easy to change from one test to the next.

The Tek 370B is used in a wide variety of applications including:

Features of the Tektronix 370B curve tracer include:

Interactive control of all 370B measurements is accomplished from the full-featured front panel or over the GPIB. Every operating parameter can be controlled using the GPIB controller. 370B Series LabView drivers are available at www.Tektronix.com. These drivers have many of the building blocks to create a custom measurement solution.

Up to 80 digitized characteristic curves can be stored on a diskette or in internal non-volatile memory and recalled at the touch of a button. A live curve can then be compared with a previously stored curve to assess temperature drift or other changes in operating parameters. To help identify the data, up to 24 characters of text may be used to label or annotate the curve data. Operating parameters can be adjusted, stored and recalled using several storage methods including the 370B system memory, the built-in 1.44 MB floppy drive, or sent externally via the GPIB controller.

In the sweep measurement mode, the curve tracer automatically constructs a family of curves. 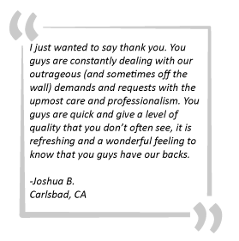